Alopecia areata is an autoimmune disease found in people of all age groups. Although there is growing awareness about the disease, there is no effective therapy to cure this hair loss, according to a recent study published in the New England Journal of Medicine.

The disease affects an estimated 4.5 million people in the United States, making it the most frequent cause of inflammation-induced hair loss. It can affect children and adults of all hair colors. Close to 66-percent of those affected are younger than 30 years old. Through there is no relation between the occurrence of the disease and sex of the patient, the disease was found to be more severe in boys.

Previous researches have shown that the disease is a T cell-mediated autoimmune disease where the gradual loss of protection usually provided by immune privilege of the normal hair follicle plays an important role.

People suffering from alopecia areata suffer hair loss in well-circumscribed patches of normal-appearing skin, mostly on the scalp. This hair loss can progress to a stage when all the hair can be lost on the scalp. In worst scenarios, the person loses the hair on the entire body.

There is no curative therapy for alopecia areata. The best tested immunosuppressive treatment is intradermal infections of triamcinolone acetonide given every 2 to 6 weeks. It stimulates localized re-growth in 60 percent of cases.

The main therapeutic challenge to deal with alopecia areata is to reduce the already established inflammatory infiltrates and to prevent recurrence and spread to previously unaffected hair follicles. To solve this challenge, better understanding is needed of how the perifollicular infiltrate in alopecia areata develops and why it forms around follicles.

If the treatment focuses on restoring or preventing the collapse of hair follicle immune privilege, then more effective management of the disease will prevail. New therapeutic strategies are being studied in preclinical research.

A recent research published by the Hamamatsu University School of Medicine, Japan, has established that swine flu patients may suffer from spot balding, also known as alopecia areata. The research confirms earlier findings that certain types of viral infections can trigger alopecia areata.

The study, conducted between 2009 and 2010 on patients who suffered swine flue infections, revealed that flu infection may be one of the triggers for alopecia areata. 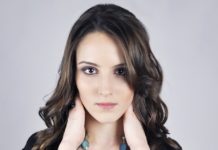 Hair Transplant Surgery – Your Journey From Bald To Bold! 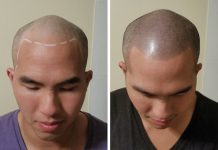 What can you do during the shedding after hair transplant? 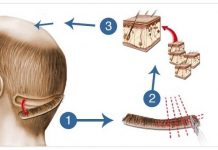 Shedding of Hair after Hair Transplant